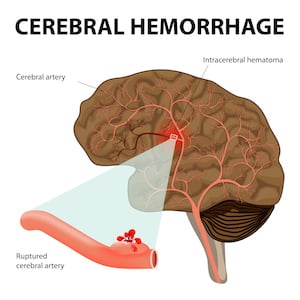 Baseluos Law Firm is currently assisting patients and their families devastated by injuries from the prescription drug Xarelto (Rivaroxaban). You may be entitled to compensation if you have suffered from the side effects of Xarelto, including internal bleeding, uncontrolled bleeding, and hemorrhages.

By way of background, major pharmaceutical manufacturers like Bayer AG and Janssen Pharmaceuticals, a subsidiary of Johnson and Johnson, developed Xarelto as an alternative blood thinner. However, the manufacturers were extremely negligent in that they released the drug without a sufficient antidote. The lack of an antidote when taking a blood thinner translates into a patient who lacks the ability to clot their blood. In the event a Xarelto patient becomes injured, they will be subject to expensive, drastic measures including blood transfusions and invasive surgery. These drug manufacturers marketed Xarelto as being more effective, claiming the drug did not require a high level of monitoring or adjustments in dosages. Moreover, pharmaceutical companies touted Xarelto as requiring no drastic lifestyle changes in diet. Hence, such marketing practices, bolstered by celebrity endorsements like Arnold Palmer, misled the public about the major bleed outs from Xarelto.

In the past, if a patient used Warfarin or any of the other time worn blood thinners, doctors gave them Vitamin K, an antidote that clotted the blood and saved lives. Xarelto has no such antidote like Vitamin K for uncontrolled bleeding. The FDA recently chastised Xarelto manufacturers for releasing the drug without an effective antidote. 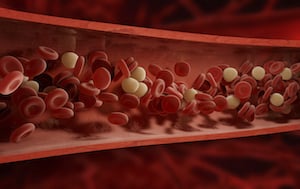 The side effects and bleeding problems with Xarelto are mounting. In addition to bleeding problems, researchers have discovered the Xarelto is now linked to stomach bleeds and vitreous eye hemorrhages. Recently, the Philadelphia Court of Common Pleas has accepted “efficacy claims” on the drug. These claims indicate that Xarelto’s one time (1x per day) daily dosing did not last long enough throughout the day to cause anticoagulation of the blood. Thus, Xarelto which does not have a bleeding antidote now is alleged to not even work in accordance with its claims to be a better blood thinner than Pradaxa or Eliquis.

Xarelto is now linked to fatalities and side effects including stomach (gastrointestinal) bleeding, heart attacks, rectal bleeding, hemorrhaging, strokes, and various forms of internal bleeding. Yet even to this date, doctors continue to prescribe the drug for a wide variety of issues including complications such as atrial fibrillation (disorder of the heart rhythm), deep vein thrombosis (DVT) , and pulmonary embolism (PE). Xarelto is especially popular after hip or knee replacement surgery to prevent blood clots in the legs and lungs.

Michael Baseluos is currently offering free legal consultations to individuals throughout the United States who have suffered the debilitating side effects of Xarelto. If you or a family member have been injured or killed by Xarelto, please contact Baseluos Law Firm immediately at 888-SATXLAW (728-9529) or fill out the short questionnaire on this page and Michael Baseluos will contact you promptly.

Practice Areas
Client Reviews
★★★★★
"Mr. Baseluos is an excellent lawyer who kept my mother informed of all proceeding concerning her vaccine compensation case. I thank God for sending him to us. If you ever want a professional, reliable, trustworthy, and honest lawyer, make sure to give Mr. Michael Adly Baseluos a call at Baseluos law firm." Lydia, Client
★★★★★
"He is an excellent attorney. He dedicated much of his time to my case and always answered my questions in an timely manner. He made sure I understood the whole legel process from start to finish. I would recommend him as an attorney." Amanda, Vaccine Injury
★★★★★
"Great service & very professional. Will retain your services again if needed. Thank you so much for what you did for my son. Mr. Baseluos, thank you so much for your services that you provided for my son. Your services rendered is greatly appreciated." Mari
View More
Submit a Law Firm Client Review